What’s the best laptop you can buy?

By buzzpoint-admin30 March 2020 No Comments

Laptops are a brilliant tool to use, whether it is for work or just for personal use. The decision to buy a new laptop, especially if you already have an existing laptop, is quite a daunting task. There are so many options available on the market it can become very confusing. Here is our handy guide for picking the best laptop for you.

First of all you need to set out exactly what you want from a laptop. Do you want one just for personal home use to browse the internet and watch movies, do you want the latest most powerful gaming laptop capable of playing games in super high definition, or an all-singing, all-dancing work laptop to handle those memory-sapping programes like Photoshop, Illustrator, Pro-tools, as well as large spreadsheets, content-heavy browsing and also for streaming films in the evening when you are not working? 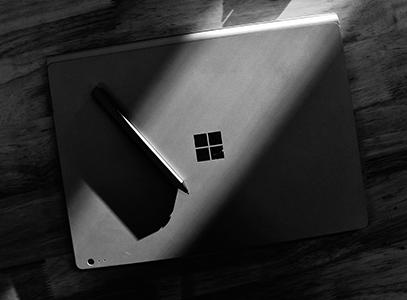 The main type of laptop to consider first is one running Windows. There’s no coincidence that Windows laptops are by far the highest selling. One of the main reasons is because many different brands like HP and LG make laptops which run on Windows, and they all come with different technical specifications based on performance, size and usability. So you can pretty much get any type of Windows laptop from a small Notebook (such as the Microsoft Surface convertible laptop/tablet which is great for everyday use), mid range laptops which are perfect for working and emailing, all the way up to gaming laptops with massive memory cards and ram to be able to cope with intense game-play. There’s no surprise that they are the biggest selling type of laptop. So, we would say they are the first to consider when buying a laptop as there are loads of options available for any budget, starting from as little as £150 all the way up to over £3,000 for a top spec gaming laptop. 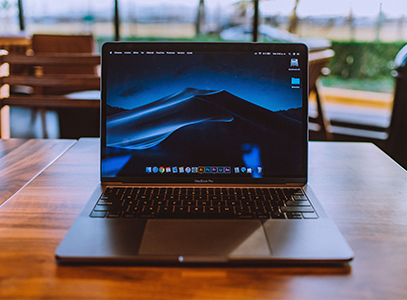 Apple MacBook’s are slightly different to Windows. Unlike Microsoft, who produce the operating system Windows 10 and allow companies to use the OS on their own laptops, Apple’s MacOS is only available on Apple products. So the only laptops you can get running the MacOS are MacBook’s of which there are only 3, which makes the range quite easy to choose from. It starts with the MacBook Air, then the MacBook Pro 13″, and finally the top spec MacBook Pro 16″. All have a retina display and 10-11 hours battery life. The differences are mainly with the performance and size of the laptops. The MacBook Air is the thinnest and most portable, and the MacBook Pro 16″ has the biggest screen size with a massive 16-inch screen and it also has a lot more processing power. Also when the new MacBook Air launched they increased the storage size and processing power, so there isn’t really a need to buy the mid range MacBook Pro 13″ as the Air has just as much power, and is thinner and more portable. So to round it off, if you want a powerful laptop that’s still easily portable, go for the Air, but if you want as much processing power as possible and a bigger screen, then go for the Pro 16″. Another thing we will say, MacBook’s are not cheap, with the Air starting at £999, all the way up to the Pro 16″ at £2,799. 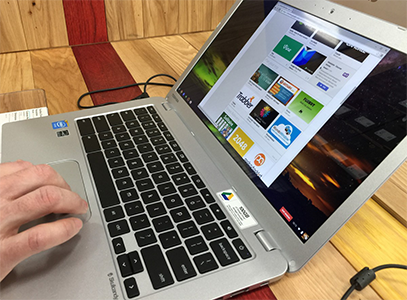 When Chromebooks were first released they didn’t quite get off to the best start. They work by having an internet-based operating system, so can boot up in a matter of seconds, but always needed an internet connection to work. They were seen as a very basic version of a laptop, not running as many programmes as traditional Windows laptops, and critics were not convinced by them. However, Google had an idea and pitched Chromebooks towards schools and because of how basic and easy they were to use, especially for school children, they were a great success. From there they have just gone from strength to strength with Google releasing more updates year on year vastly improving the experience. They have built in virus and malware protection, a massive range of apps to install thanks to the update of being able to install Android apps, and have evolved so much so that they can pretty much do anything you would on any other laptop. Whether that be browsing the internet, writing emails, watching videos/films and even working on spreadsheets using Google’s own Excel compatible app. The difference being that it is all cloud based (even the storage), so there is no need for massive memory or ram, and in turn allows brands to sell them at a much cheaper price. This also helps them to have a long battery life with most Chromebooks boasting over 12 hours battery. There are also a wide range of different styles available, from a small notebook size, 2-in-1 versions that can fold the keyboard away and turn into a tablet with touchscreen, and the usual standard sized laptops. Above all though, the ethos of being built for security, ease-of-use and speed still remains, making them the perfect laptop to just pick up and start using.

Our pick of the best laptops

We hope that this guide has helped you gain a better understanding of the different types of laptops available and has helped you in deciding which type you want to buy. Also, we would highly recommend that before buying any specific laptop that you always look at the reviews, and compare prices online to make sure that you get the best possible deal.