What is a Social Media Influencer?

By buzzpoint-admin20 June 2018 No Comments

The term “Social Media Influencer” is a fairly new phrase, used by many to describe popular figures on social media. The clue is in the name – they have an influence on peoples behaviour, interests and interactions through social media platforms and can be extremely valuable to companies wishing to use them to promote products and services. A Social Media Influencer is a user who has a well established reputation in a certain industry, who typically have a large audience to convey their message across to. It could be through a simple post that someone makes like, “Check out my new trainers that I bought from Nike, get them here!” or something more subtle like a video on YouTube reviewing a company’s product. These types of post create an influential perspective for their audience, and this form of social media is dramatically taking off. So much so that certain social media profiles post the majority of their content in this way, which is why the term “Social Media Influencer” exists today.

Do they earn money? Yes! And lots if they are well established. A recent report found that top Social Media Influencers can ask for up to $300,000 per YouTube video that they make. Which could be things like reviewing the latest super car, tech ‘must-have’ and even sometimes a round-the-world trip in First Class! In terms of Instagram, a user with 100,000 followers or over can expect to earn $5,000 for a post made about a company or brand, like a photo wearing a company’s latest watch or jewellery. 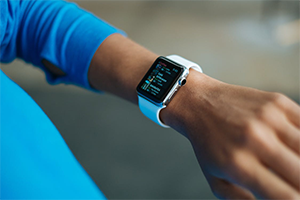 There’s a couple of different ways that this works. One would be that a brand pays a celebrity directly to post about their product on social media. Another is that a company would gift a celebrity with their product like a watch and in exchange they post photos of themselves wearing the watch on social media. The main aim being that their followers will see the post of them wearing the watch and want to go out and buy it. It’s no surprise then that some companies rely on this form of advertising to reach new customers.

Whether earning money or getting free products, it’s quite a good arrangement for simply posting a picture or video, but it takes a lot more work than you might think. Much work goes on behind the scenes to build connections with new businesses to work with, as well as getting all those social media followers in the first place. Social Media Influencers do receive a lot of negative comments online which could be considered unfair, considering how much work they do have to put in to get to where they are; even if to the public it just looks like all they do is post to Instagram all the time. As with a lot of things – there’s a lot more to it than meets the eye!

To read more of our blogs about social media click here and make sure you keep a look out for our next post coming soon.