By buzzpoint-admin24 April 2018 No Comments

There’s a hint in the name. Social media was first designed to help people socialise where it was not possible, like with friends and family overseas. But recently social media has lost its brief and more becoming an online platform for almost everything conceivably possible. Shopping, fashion, funny animals, you name it, there is a social media category or profile for pretty much anything. It could have never been predicated that it would take off so rapidly! Currently over 40% of the worlds population are registered with some sort of social media website or app. This is great because it allows a platform for society to interact with each other easier than it ever has been, like having a debate on Twitter with someone halfway round the world and even for looking at the latest news. But there are negatives to it as well, are we using social media too much in our daily lives, and could we even be missing out on real world (person to person) socialising because of it?

Sometimes you don’t even notice you’re doing it; get home open Facebook and the next thing you know 2 hours have gone by looking at videos of cats or something you would not actively go on your mobile phone to look at. You are effectively viewing content subliminally without realising, compared to the process of Googling something you want to read and reading it, then locking your phone. This can be a big waste of time taking up other valuable time in your day where you could be socialising for real with friends and meeting new people, so you could call it ‘unsocial media’ in some cases. 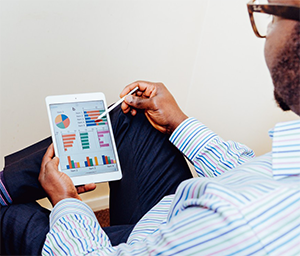 The hard facts are very worrying. They show that in extreme cases someone would spend more time looking at a screen than natural light, desensitising them from the real world. Obviously this is an extreme case, and most people use social media in moderation. With the 18-24 age bracket using social media excessively, the main negative impact is less real-life socialising. However, the negatives do not stop there. There can be health implications too with eyesight caused by looking at a screen for a prolonged amount of time, physical issues like repetitive strain where holding a mobile device for too long, and (the most worrying) mental health problems. Doctors found social media to be a contributing factor for young adults experiencing mental health problems, whether that be bullying through the platform or insecurities due to the amount of false images being portrayed by celebrities and the press on social media. Although most surveys show that social media is not the main cause.

This is all very worrying and cannot be left to cause more and more problems. Here’s some companies who have already realised there is a problem and are taking actions to combat it.

A good example is holidays. Facts shows that 90% of Brits spend 4 hours a day on holiday online, rather than taking in the surroundings and culture of the new place they are visiting. It’s something Center Parcs are aware of. Their sales and marketing boss Colin Whaley released the statement; “We found that the most likely time to be distracted by mobile devices is when you’re with the people closest to you,”. The company are now offering families visiting their resorts a miniature sleeping bag to store mobile devices in to avoid distractions and help them fully enjoy their holiday. We personally think this is a great idea.

Celebrities are also getting in on the act. In 2016 Ed Sheeran announced that he would go the whole year without a mobile phone, social media or emails. Ironically the post on his Instagram account read “I find myself seeing the world through a screen and not my eyes,” and true to his word he did stay off social media for the whole year. This is setting a great example to his young followers and hopefully encouraged some to spend less time on social media.

Facebook have also released a statement recently that they were aware of people spending a prolonged amount of time on it’s site and said that they are taking action already to reduce time spent in each session on it’s site and it is working. Facebook CEO Mark Zuckerberg said that people spent “roughly 50 million hours” per day less on Facebook. He said that “we made changes” in order for that time decrease to happen, and added that “focusing on meaningful connections, our community and business will be stronger over the long term.” The techniques they used to do this were not released, but our guess is that they somehow changed the news feed algorithm after a certain time spent on the app so that it displayed posts a user might not necessarily be interested in, so in effect would encourage people to close the app. It might seem strange that a company is trying to reduce the amount of time spent on their site but it’s definitely one way of trying to combat what is perhaps one of the biggest social issues of modern times.

There is no reason to say that social media is bad in any way. It provides amazing platforms within which people can interact with friends if done in the right way. But we must use it in moderation to avoid false facts or perspectives. So if you are sat there right now reading this on your mobile phone, do yourself a favour and take a rest, go outside and get some air!