By buzzpoint-admin6 February 2018 No Comments 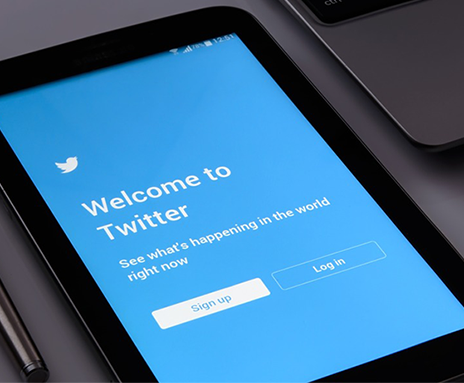 Let’s start with the basics. You have a profile like any other social media account, with a profile photo, header image, name and biography. When you log in the first thing you are greeted by is your feed, which is a timeline of every single Tweet from people that you follow. Then to post to Twitter you send out a “Tweet” which is visible to anyone else on Twitter. The main way that people will see your Tweets is by following you, but then it gets a bit more complicated with things called Hashtags #.

A hashtag is a good way to explain what your Tweet is about, like #flowers if you are Tweeting about flowers or a florist. People on the app or website search for hashtags so it is another way that your tweets will get noticed. Hashtags also trend, so on the right hand side of the site you will notice a list of trending hashtags, which basically shows the hashtags that are used the most amount of times on that day. So they are the basics of Twitter and once you get the hang of that you are ready to get going.

One of the main factors to Twitters success is celebrities. So much so that when you now create a Twitter account it brings up a list of the top celebrities suggesting to follow them. One of the main reasons being that it gives the user a feeling of being more in touch with that celebrity. Rather than just seeing them on the TV it’s like you are involved more with them, you can also reply to celebrities Tweets and some do even reply back.

Another new feature on Twitter is moments. These are based on things like news stories and they show in a slideshow format where you can scroll through all the popular Tweets about that story. This is a really good feature as it shows you different perspectives of an event or trending news story, not just one opinion. Take a look at the stories trending on Twitter moments here.

Periscope is Twitters live video streaming service. It allows you to stream a live feed which can be viewed by anyone else on the website or app. It’s great for live events or if you want to share great sights like whale watching. One of the negatives is that you do have to filter through a lot of random feeds, like someone making toast, to find one you might be interested in.

Like all different types of social media you should think before you tweet. Could your Tweet cause offence to others, is it unsuitable to certain age ranges, are you giving away too much private information? These are all things you should think about before sending a Tweet. Sometimes Tweets can have a big negative effect rather than a positive impact, which Donald Trump has found out many times since being active as President on Twitter.