By buzzpoint-admin13 December 2018 No Comments

There was a time where nearly everyone was on MySpace, a social network which dominated, so much so that it even overtook Google as the most visited website in 2006. Then Facebook appeared and it became the social network where all the “cool kids” would hang out. Facebook gained so many users that eventually MySpace closed down. However, from recent surveys it looks like the same thing is now happening to Facebook. Where nearly everyone is on it from children to grandparents, teenagers and young adults are starting to move over to other social media platforms like Instagram and Snapchat. Figures show that 83% of social network users aged 18-24 will be Facebook users, but this share will drop to 81.5% by 2021. Facebook’s user figures are still way ahead of Instagram, Snapchat and Twitter, but the figures show that the younger age group on social media are moving away from Facebook.

Snapchat is the main social media platform teenagers are moving to, with nearly 43% of UK users logging in this year. That’s over double the figure it was at 3 years ago. The main way they have achieved this is by releasing a range of interactive features that appeal more to younger audiences. The same thing is also happening with Instagram. 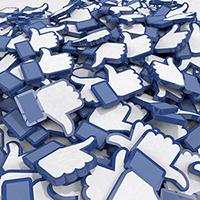 There are quite a few more factors to take into account which could have had this effect. Like Instagram which is aimed towards images, each post must have an image so younger people might be more drawn towards it to post things like selfies more than they would be on Facebook. Instagram also added a stories feature to rival Snapchat so that’s another way Instagram has captured the younger audience, capitalising on the same success Snapchat had. Another important factor is the growth of Facebook. How can more users discourage the younger age bracket to leave Facebook you ask? It’s simple, with Facebook being appealing to all age brackets the rise in 50-70+ means that parents and grandparents are now on the app. So another reason could be that the younger age bracket no longer finds it cool to be on Facebook now that their parents and grandparents are using it and want to avoid embarrassing comments from them, and also from a privacy point of view if they don’t want their parents seeing what they are posting.

Obviously this is still only a small amount of people moving away from Facebook and it could still be many years until another social media platform overtakes it. Considering that Facebook gets on average 1.5 billion individual user logins per day they are still going to be around for a very long time.