TikTok – what’s it all about?

By buzzpoint-admin15 January 2020 No Comments 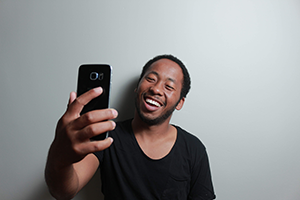 TikTok is one of the newest social media platforms and was launched in 2017. It is solely a short video sharing platform and in February 2019 it hit 800 million global downloads and it was the 7th most downloaded app in the last decade. It’s amazing that they have been able to grow this much in such a short amount of time and some of the main contributing factors to this is viral videos, trends which start on the app, which we will explain in a bit more detail later on in the blog, and a lot of celebrities are also on the app. The app is also very popular with the younger generation with 41% of its users being aged 16 – 24.

When you first set up TikTok after downloading it you can select topics you are interested in like comedy, sports, food etc. When you open the app you are greeted by the “For you” page which shows videos related to the topics you picked and once you start using the app it will use AI (artificial intelligence) to pick out posts it thinks you might like based on other videos you have interacted with. Then to the left of the “For you” page is the “Following” page which shows a feed of posts from everyone that you follow. On both of these pages once you have watched a video you just scroll down and the next video will start playing, and it goes on and on. To post to the app you just have to select the post button which then allows you to create a short video in portrait between 3 and 60 seconds depending on what type of video you are filming. You can apply a range of different filters and effects to videos like speeding them up, slowing them down and you can also add music to your video using the library on TikTok. You can choose background music from a range of music genres, and lots of people use this feature to create lip sync videos which are very popular on the app. You can also use the react feature which lets you choose another video and film your reaction to it, and you can also do a duet video alongside another person’s video. Similar to most other social media platforms you can like and comment on posts as well as follow people. So now that you know the basics of how to use TikTok, what makes a post actually go viral? 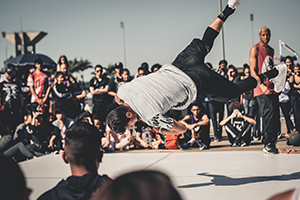 Like many other social media platforms, posts can go viral and pick up thousands, if not millions of views and interactions. Obviously most celebrities posts get this amount of views, but normal videos can go viral too. The most popular videos which usually go viral are comedy, lip sync videos and memes. As well as this the app has trends which shows all of the hashtags that are currently being posted about the most on the explore page. Some of the trends that have been set in the past were the bottle top challenge where you had to undo the top of a water bottle by kicking the top off with your foot and the Haribo challenge where you would arrange hundreds of gummy bears to look like a crowd and add Adele’s someone like you as the background music. But, like most things, a trend might be popular one day and the next it’s old and another new big craze is trending. Currently one of the biggest trends being set by the app is dancing. It may just start with one person making up a dance to a certain song, and some have taken off with thousands of other people all doing the same dance moves to that song on the app. Songs can also go viral on TikTok as well if they are used as the backing music to a new viral video challenge. The best thing we can suggest is just to create original videos that you like and would find interesting or funny, and it’s an added bonus if your video goes viral.

Overall TikTok is a really good social media platform which doesn’t take itself too seriously. It’s a great app to download if you have a spare few minutes and want to be entertained by short and funny videos. Although we will warn you now, the app is very addictive, mainly due to the fact that it learns what content you like and will keep on showing you videos it thinks you might like. Watch this space as it is only going to get bigger, and going by it’s current success in such a short amount of time it looks set to be overtaking the big platforms like Instagram very soon.