By buzzpoint-admin7 November 2017 No Comments

Over recent years social media has evolved to the point that 84% of UK adults use social media, and two-thirds of that access it every day. Whether that be Facebook, Twitter, Instagram, Snap chat, etc. With social media becoming the norm there is also a higher risk to your privacy so it is important to be careful with what you are posting on your social media accounts. 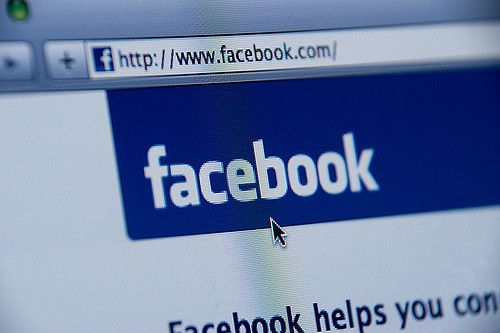 Facebook, Twitter and Instagram all include privacy settings that you can customise. The main privacy setting is “make my posts public” or “only friends”. This is just a simple tick box and is very important but can often be overlooked and some people are not even aware it exists. Companies set this to public because they want the most exposure possible, but for your personal account with pictures of you and your family it is strongly advised to set it so that only friends can see your posts. Otherwise, you run the risk of anyone being able to access your personal profile and pictures that you would prefer to keep private with just family and friends. Their privacy settings also include tagging options to limit who can tag you in pictures. This is also important as you might not necessarily want photo’s people tag you it to show up on your profile.

One of the best rules to follow is to never post something online that you would not want friends, family and colleagues to see. Recent reports from top companies also revealed that they would frequently check interviewees social media accounts before offering them a job.

Most social media platforms also include the option to add a location to your posts. This can be useful if you want to show friends that you are out at an event or visiting a famous landmark like The Eiffel Tower. But this can also have it’s negatives. For example, if you are posting that you are on holiday you are effectively saying no one is at your house making you a target for burglars. Even more of a reason to set the privacy so that only friends can see your posts. Snapchat also released an update recently which added a new location feature “Snap Map”, whereby if you were online your exact location would show for friends. The release is concerning for children and teenagers who may unwittingly turn the feature on and Police have also issued warnings for parents to check on their children’s phone. By default the feature is turned off but it’s always good to check just in case.

With the increase in children having mobile phones and social media profiles there is an increased risk of online bullying too. In some cases this can be worse as it can continue on social media even when they are outside of school. Social media companies have reporting features to record and log online abuse which can then be dealt with respectively by the social media platform(s) or in some cases even the Police. Other profiles and users can also be blocked from being able to interact or contact you through your social media account which is a handy feature if you ever receive nuisance comments and abuse. Although, blocking someone on social media could also be used as a form of bullying too.

‘Trolling’ has become a well recognised phrase with the rise of social media. Mostly on Twitter, YouTube and Instagram trolls will post offensive comments aimed at belittling the person running the profile. Lots of people tend to reply to trolls and it can sometimes spark a full-on argument which has been seen before with celebrities. A trolls main aim is to get a reaction, so one of the best techniques is to either delete or report the comment.

Click here to read one of our other articles about the benefits of using social media for your business.