By buzzpoint-admin12 July 2018 No Comments

Pinterest is a website and mobile app best summed up as a “catalogue of ideas” designed to inspire users. It was founded by Ben Silbermann, Paul Sciarra and Evan Sharp and development started in 2009. The site was then launched as an invite only service in March 2010 up until 10th August 2012 where it was opened up to allow anyone to set up an account or log in by using an existing Facebook account. As well as a website, Pinterest also launched an app for Android and iPad on 14th August 2012. This helped it expand to more users and by September 2017 it reached a massive 200 million active monthly users. 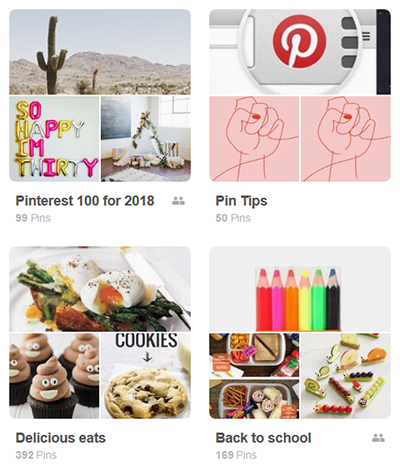 Pinterest is primarily a photo sharing/inspiration site and when you first log in to an account you are greeted by a feed of all the posts (they are called Pins) from people and categories that you follow. For example, you could follow the topic “Gadgets”, all pins in that topic will show on your feed. We will touch on the different ways to follow a little bit later on. Posting to Pinterest is similar to most other social media platforms, you upload a photo, set a website link if applicable and write a description about it, then when you are happy you can pin it to one of your boards. The way that boards work is best described like a notice board. So you technically have a virtual notice board on which to pin inspiration and ideas, organised into multiple categorised ‘boards’. So, you could have boards for watches, house furnishing ideas, food and more. As well as posting your own pins you can also save another user’s pin to one of your boards if you like it. You can also share pins externally via link, Facebook, Twitter etc.

Like all other social media platforms certain topics perform a lot better than others. So if you are posting to Pinterest as a business you want to try and appeal to the type of customers you are trying to attract. If you are aiming your business towards women these are some of the most popular topics for that demographic: Food and drink, Arts and craft, Home decorating and Fashion. If you want to aim your pins towards men these are some of the most popular topics for them: Photography, Art, Design and Home decorating. So for example, if your business sells sofas and chairs you want to make your pins appealing to both men and women, as home decor is a very popular topic for both. For some inspiration check out Pinterest’s own profile here https://www.pinterest.co.uk/pinterest/.

So that is pretty much the basics you need to know about Pinterest. We hope you have found this helpful and has inspired you to use the platform if you don’t already. Happy Pinning!