By buzzpoint-admin2 January 2018 No Comments

Happy new year! We hope you had a good Christmas break and didn’t eat too many mince pies like us 😉. Welcome to our first blog post of 2018. Today we are going to be talking about what you should expect to see this year from new technology launches. Everything from speculated new mobile phones to new smart devices designed to make your life flow easier.

The Apple conference events always have a large following and the media descend on the futuristic headquarters every year to see their latest releases. Their new releases are usually kept well under wraps, like the iPhone X for example which was released by surprise at the iPhone 8 launch last year. This year Apple are suspected to be working on the release of 3 new iPhones. The details are very limited at the moment but one of them will be the successor to the iPhone X. 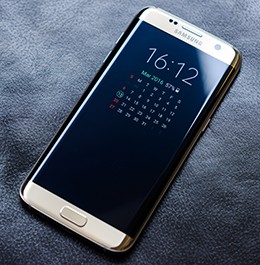 Every year Samsung launch their latest Galaxy smartphone. Last year they launched the Galaxy S8 which featured a state of the art full width screen with no bezel and great camera quality. Early this year expect to see their latest Galaxy S9. Here are the facts we know so far but there are most likely some more surprise features coming too.

Also rumoured to be released this year is the Samsung Galaxy X. A foldable, bendy smartphone. So far there is limited information, but what we do know is that Samsung filed a patent for flexible screen technology and leaked information suggests that it could be here early this year.

These days nearly every piece of technology you buy is smart. Smartphones and smartwatches have been around for a while now. There is an increase in smart technology for basic every day things now like a fridge that can tell you how much milk you have left and even a cooker with live video streaming to check if your food is burning. These devices are rare but are set to become more mainstream this year, including more AI (artificial intelligence) such as improved versions of Google Home and Amazon Alexa.

In sci-fi movies you always see robots helping with everyday life then suddenly going rouge and trying to destroy the world. But robots could be coming to our homes this year. We have already seen a rise in robots like hoovers, lawnmowers and factory production lines. Predictions reveal that new robots to help with more jobs around the house could be coming sooner than we think. But hopefully not trying to take over the world! 😉 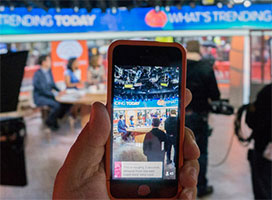 Year on year since they were released Facebook, Twitter and Instagram release record user figures, and that seems to be increasing evermore so expect some more user records to be broken again this year. Last year Instagram added the new Stories feature to it’s app, taking a risk going directly against Snapchat, but it paid off with massive usage figures (50 million more users than Snapchat). This year one of the main improvements coming to social media platforms is live streaming. It is already a feature now, but videos can be slow and bad quality. Expect to see a lot more sporting events and news covered live on social media this year in a lot better quality.

Although some of these tech releases are just rumours and speculation at this current time, one thing for certain is that tech companies have a lot of surprise launches coming up not to miss.