LinkedIn – what’s it all about?

By buzzpoint-admin16 April 2020 No Comments

LinkedIn was launched on 5th May 2003 by Reid Hoffman and team members from PayPal as a business and employment related social media platform, originally as a website. It didn’t take long for it to rise to success and after one year it reached a big milestone with over one million users. It wasn’t until February 2008 that a mobile version was launched. Year on year it grew in popularity and in December 2016 it was bought by tech giant Microsoft for a whopping $26.2 Billion. This price seems justified though considering the platform now has 660+ Million registered users. 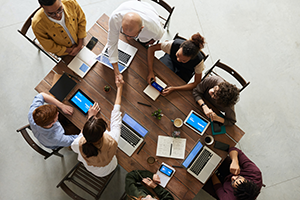 LinkedIn can be accessed via a website or app. There are 2 different types of “profiles” you can create on LinkedIn. A personal profile or a business page. A personal profile lets you add new posts and join groups to see posts about your specific field like telecommunications or marketing. You can also make connections with other people whether that be to share business ideas with or if you like the type of business they work in (like adding friends or followers on other social media). Businesses can do the same but also post jobs for people to apply for. The personal profile page is similar to a CV where you can post about yourself, previous jobs you have been in, and people can also recommend your skills. So for example, if you put that one of your top skills is working on Excel spreadsheets, other users can add endorsements to it to say they agree this is one of your top skills. The same as other social media sites it has like, comment and share buttons on posts. It is mainly a business orientated platform so is not really a rival for Facebook, Twitter or Instagram as it does it’s own thing and is purely business related. So even though you can have a business page on Facebook and Instagram they are not solely business/commercial related like LinkedIn.

What are the benefits of using it? 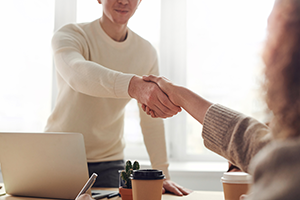 It’s great for business networking and picking up new contacts that you may have never seen or noticed before. It’s also really good to share business ideas, recruit new staff, promote yourself, get new business connections/networking etc. It also makes job hunting that little bit easier to find and apply for jobs as the majority of top companies advertise jobs on the platform. The same benefits apply to employers as well, if you consider the 660 + Million users your job posts could potentially be reaching. It also makes it easier for employers to see all of a potential employees recent work and qualifications on their profile.

Overall LinkedIn is a really good social media platform, mainly because it does its own thing and doesn’t try to follow in the footsteps of other platforms. We would highly recommend it to anyone wanting to either seek employment or improve their business profile and networking opportunites.