Is there a reason to buy a tablet anymore?

By buzzpoint-admin1 March 2020 No Comments There were multiple attempts at creating tablets, some as early as 1986, but it wasn’t really until Apple released the iPad in April 2010 that they became popular. Then Android got in on the game with the first Samsung Galaxy Tab being released only 5 months later in September 2010 and lots of companies have since used the software and released their own tablet to rival the iPad. Since then tablet sales grew from strength to strength with sales increasing year on year. They were a revolutionary piece of tech mainly due to their large touchscreen and all the rage in their heyday. However in 2018 there was a reported drop in global tablet sales of around 20%, but figures show they are still as popular as ever over the holiday period. But is there any reason to buy a tablet any more? 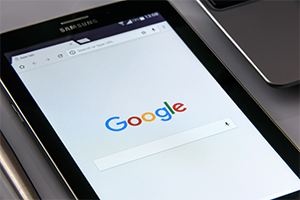 Overall, looking at the points above the answer is a pretty resounding no, there is no need to buy a tablet any more. It’s more of a device that you buy if you want one, not need one. I can’t think of any cases where you would need to use the functions of a tablet over a smartphone or laptop. So it is more of a lifestyle product to buy if you like the idea of using a tablet to browse the internet, social media and stream videos or films.

I personally think tablets are great devices to use and I hope they stay around; it would be a shame if they ever went out of production.