Is there a need for desktop computers anymore?

By buzzpoint-admin24 January 2019 No Comments

Computers have been around since the 1800’s but they were originally used as calculating devices. The first desktop computer similar to what we use today was invented in 1964 called the Programma 101. It was invented by Pier Giorgio Perotto and made by a company called Olivetti who produced 44,000 of them. They costed $3,200 (around £2,491), which at the time was a lot of money, in today’s money it would cost $25,530 (around £19,878). Shortly after in 1968, Hewlett Packard released a desktop computer that was considered to be the first mass marketed. Up to this date it is estimated that there are 3 billion PC’s in the world. However, the sales of computers over recent years have dropped considerably, but what is the reason and is there really any need for desktop computers in the modern age?

The take-over of mobile devices 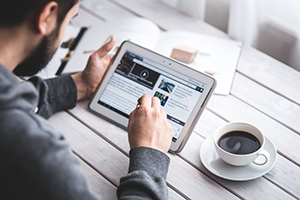 One of the main contributing factors to the drop in PC sales is the release of mobile devices, like smartphones and tablets. The first ever “smartphone” was called the Simon Personal Communicator, and it was created by IBM in 1992. That was more than 15 years before Apple released the iPhone which is dubbed by many as the smartphone that took the charge against the traditional desktop PC. Again with the tablet, companies like Microsoft tried to release them but failed to capture the public’s imagination, but eventually in 2010 Apple released the iPad and all of a sudden tablets were popular and the ‘in thing’ to have.

But why are phones and tablets so popular? Compared to a PC they have such small screens, so what’s all the fuss about?

When you think that some high-end mobile phones and tablets are on a par with desktop PCs in terms of all the features above, then it is a no-brainer to use them instead because they have the added benefit of being portable unlike the desktop PC. 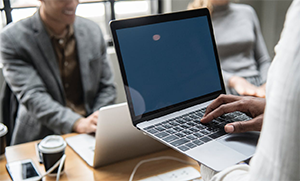 Then we get to laptops. They are by far the biggest reason for such a decline in the usage of desktop PC’s. A laptop is portable, is often as powerful in terms or ram and memory and has the exact same operating system as a desktop PC. Even if you work in an office you could use a laptop at your desk during the day and take it home in the evening and work from the sofa if that’s your sort of thing. Last year over 162.3 Million laptops were sold, compared to 94.4 Million desktop PC sales. So there are hard facts indicating that the desktop PC is dying out.

What are the benefits of using a desktop computer?

So looking at the above is there really any more need to use an actual desktop computer. Offices use traditional desktop computers, but more people are moving to laptops as they can easily pick it up and take it to work from home. Are we still using PC’s for sentimentality and nostalgia of the old school feeling (like people who continue to buy records when you can get thousands of songs on mobile phones). There’s no argument that in an office environment it makes a lot more sense for work. It creates an area for work where you can focus and it gives you a defined place where your mind thinks “OK this is the place to work”, whereas with mobile devices it can be hard to sit down and actually do work if you don’t have a designated space. Also a desk environment allows to have other resources on hand like notepads and books. It is also a lot easier to work on a desktop computer, with a bigger screen, keyboard and mouse. Not sure if you’ve ever tried to do a lot of typing on a tablet or smartphone but after a while you just wish you had a proper keyboard and screen to look at.

Another added benefit is that you can often upgrade desktop PC’s meaning an old computer can be brought completely up to date. Whereas, with portable devices like phones and tablets, older versions generally struggle to update to the latest OS upgrades and patches whilst maintaining their operational performance. So, in terms of personal use mobile devices have definitely taken over the vast majority of our screen time, but when it comes to work the desktop PC and laptop are still top dogs.