Is social media becoming too toxic?

By buzzpoint-admin14 April 2021 No Comments

There is a bit of a hint in the name, but when social media was first introduced it was designed to help you socialise with friends and family online. It has done a pretty good job, considering it’s believed that around 50% of the worlds population have some form of social media account. But like everything it can have it’s downsides, not only people spending too much time using social media, but also through hate and bullying. 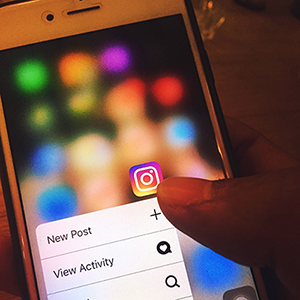 It can all start with the simplest of posts, but they can soon escalate out of hand. For example, someone might post their opinion on something in the news recently, then someone might respond saying they disagree, and this can soon escalate out of control with the conversation moving from the subject of the original post and just firing personal abuse at each other. This is becoming more and more frequent, especially on Twitter. Obviously, people are going to have different opinions, but you shouldn’t get offended by it, and it is never good when it turns into hate and abuse. Other examples of things turning toxic on social media is cyber-bullying. For example, you might post an innocent selfie of your family and all of a sudden there are comments reacting to your appearance and all sorts of remarks which would be considered general abuse. This isn’t so common with posts from the average Joe, but is often a regular occurrence for celebrities. One very public case of this was the tragic death of Caroline Flack, who herself had been receiving abuse online through social media.

What should you do if you’ve been on the receiving end of online abuse? First of all you should gauge how serious the threat is. For example, if it’s just a generalised comment on a post that you don’t like or is offensive, the best solution is to just block them so they can no longer comment on your posts again. However, if it is a more serious threat or personal abuse being aimed at you, there are a number of things you can do. First of all, most social media platforms have a reporting feature for you to report an abusive post or comment, so this will flag it to the company and they will review it and take action (most likely delete the comment or suspend their profile if it’s serious). Secondly, if it is very serious abuse or racism, then sometimes it can be a matter to report to the Police. The best way to do this would be to screenshot all of the posts or comments, that way if the person deletes them you have proof of what they wrote. Your local Police force should have a section on their website to allow you to report abuse received via social media. The consequences can differ, but it is very unlikely that someone could go to prison for a post on social media. It could be helpful though, if it is related to an existing case. Another thing to consider is most reports of social media abuse will go onto the Police system as a non-crime hate incident. So, if a new employer is carrying out a DBS Check on you there is chance that if you have posted abuse on social media before this could come up on your DBS certificate.

Obviously, it is good that there are ways to report it, but is there anything more that social media companies can do to avoid these types of posts and comments in the first place? When signing up to social media the information you have to give is very limited so it is easy for people to create fake accounts to send abuse and troll people. One solution to that would be to request more information from people when they sign up, so that they know exactly who you are with details such as address or name proof. That way, it would make people more accountable for what they say on social media and would hopefully make people think twice before sending something abusive. Also, if someone did post something abusive, the Police or any local authorities needing to get involved would be able to see straight away who posted it. Currently, most of these types of comments come from fake accounts or trolls. Would it also be possible for social media companies to use software to recognise that someone is about to post something potentially abusive or harmful and stop them from being able to publish it in the first place? You could also look at the root of the problem, which is that people feel comfortable posting hateful or abusive comments on social media in the first place. Is it all down to education, could it become a mandatory subject in schools to learn about social media? 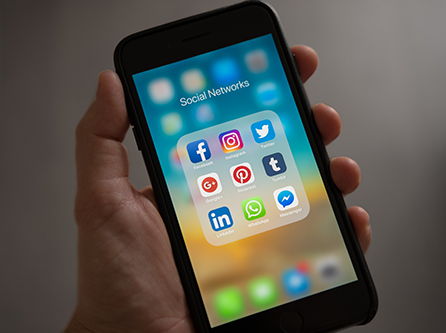 The other side of the argument that is often raised is the matter of free speech. One of the great things about social media is that you can post whatever you like to your heart’s content, so people say that limiting this would be a barrier to free speech. Obviously, no one should ever be posting abusive or harmful content on social media, so there is a fine line between allowing free speech and stopping online abuse. It’s also worth taking into account that this is a very small minority of social media posts and accounts, and the majority of content on social media is good and helpful, especially during the coronavirus pandemic where social media has sometimes been the only lifeline for people to keep in touch with family and friends. Also it’s good to know that you could post something about a particular subject on Twitter and have a useful and constructive discussion about it without there being any offence caused.

The main thing to consider is that whenever you post on social media you should always consider what sort of reaction your post or comments could have in the first place. At the end of the day you don’t know what that person could be going through in their personal life and an abusive or hateful post could cause a severe reaction. Social media companies are already improving their reporting systems to help tackle online abuse and hopefully this will help reduce the problem. Social media can certainly be a toxic place, especially when the subject turns to politics. But it’s always important to try not to allow it affect you too much, as at the end of the day it is just an online service. If you need any help or advise regrading social media, please check out the useful resources in the links below.