By buzzpoint-admin30 March 2022 No Comments 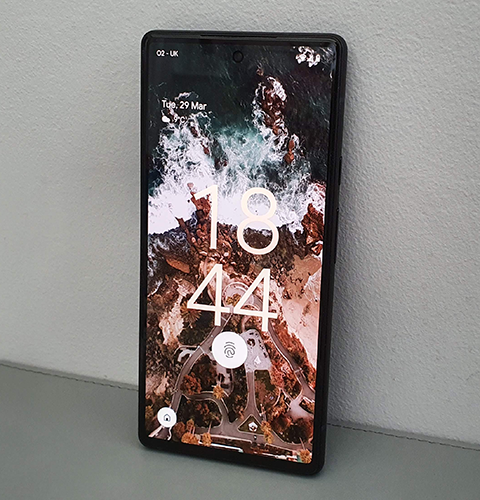 I previously had a Samsung Galaxy S10e (see the review here) but due to an issue with the screen turning green it was time to upgrade after having it for 3 years. I decided to go with the Google Pixel 6 and at the time I ordered it there were quite a few deals available including free Disney + and YouTube premium for 6 months which was an added bonus. I decided to go for the standard Pixel 6, not the pro, and went for the stormy black version. I’ve had the phone for 2 months now so here are some of my first impressions on living with the phone.

What features do you get?

Being Google’s flagship phone, the Pixel 6 comes packed with lots of features. It is the first Pixel smartphone to use their own made chip to make sure any apps you run are fast and lag free. It uses the Android 12 operating system and it also has features unique to the phone like material you wallpaper. This lets you customise your home screen widgets and app icons to match the colour of your wallpaper. With Android 12 you also get the most out of Google Assistant with all the usual features that we know and love but with some added extra like live translate which will translate content on any app you have on the phone.

The camera is probably one of the standout features, not for that fact that it takes up quite a large area on the back of the phone, but the performance that it offers. I’m not going to go into everything because we’ll be here all day, but some of the highlights are a HDR+ camera with 50 MP wide, 12 MP ultrawide and 8 MP selfie lenses. With such a high spec of lenses it allows you to zoom in without loosing the quality of the image. Like iPhone, the Pixel 6 has a portrait mode which blurs the background of pictures to bring the focus on the person in the photo. It also uses Real Tone to capture skin tones and colours more accurately. One of the unique features which you may have seen from the adverts of the phone is the Magic Eraser which allows you to remove people or objects from the background of photos which is quite a neat feature. Although I haven’t tried it yet, there is Motion Blur which allows you to take professional looking action pan shots but by far one of the most impressive things though is Night Sight. This allows you take take photos in settings with low light or even at night and it produces some stunning photos. It doesn’t stop there, you can also record videos at up to 4K 60FPS resolution.

Another great feature unique to Pixel 6 is call screening. You select this option when answering a call and it answers for you and shows you text on the screen of what the caller is saying, giving you the option to ask them for more info, hang up or answer the call and speak to them.

Most smartphones including other Android devices have a feature to listen to a song and tell you the name of it. But the Pixel 6 takes this further with Now Playing. If you turn this on it will make a note of all the songs you hear throughout a day and it is surprising how often this has been useful when you hear a good song but can’t remember what it was later on when you want to listen to it again. 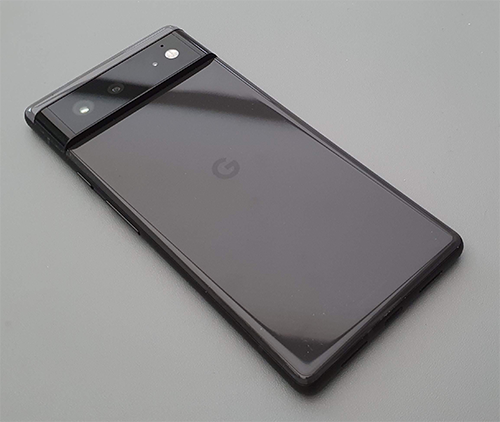 The battery is clever too with an adaptive battery and charging. The adaptive battery uses the power when you need it most and will put apps to sleep when you are not using them. Adaptive charging will charge your phone up gradually overnight so that it is 100% full when you wake up. This only works if you have an alarm set and is designed to help preserve your battery life as fast charging is often what causes battery performance to deplete over time. As well as enhanced battery performance it has enhanced privacy and security. The security hub gives you recommendations if there is anything you need to do to improve your security. You can also control which apps are allowed to use the mic and camera with an option to not allow at all, or only when using the app. You can also turn off the mic and camera completely from the quick settings tray. All of these are designed to keep your personal data safe.

So far I’ve been really impressed with the phone. I wasn’t too sure at first about moving from Samsung to Google, but I’m glad that I did. It is such a well polished all rounder phone with every feature you expect from a new phone to compete with other big brands, but with a lot of other very useful smaller features added as well. The things that stand out to me that have impressed me the most are the all-round usability and how intuitive the phone is, as well as the camera. I would highly recommend it if you are looking to upgrade.