By buzzpoint-admin20 May 2021 No Comments 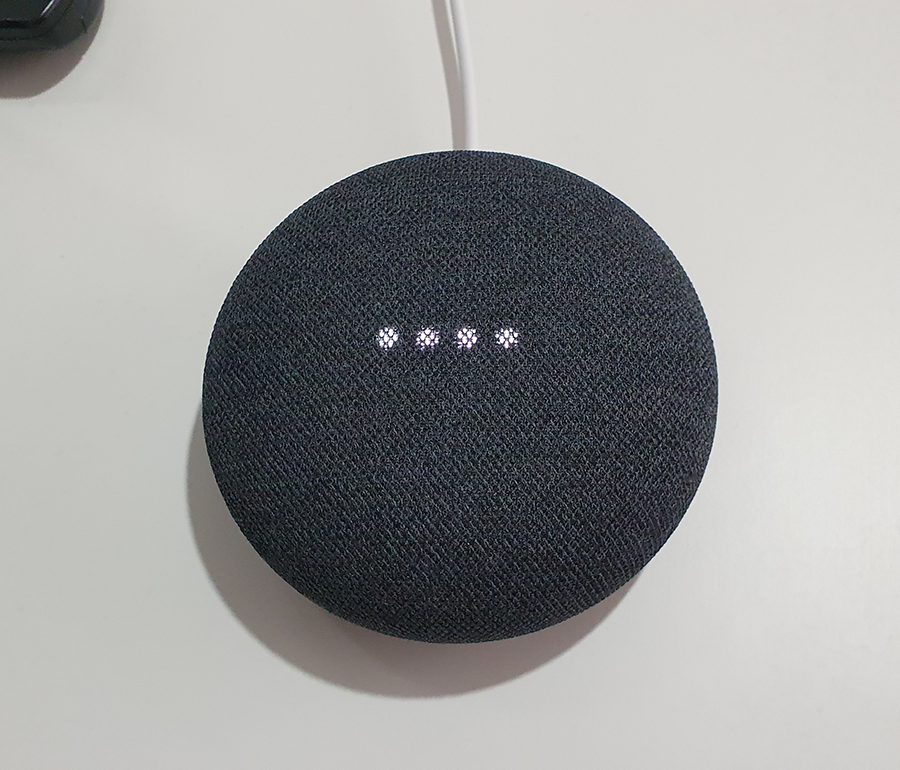 The Google Nest Mini is the latest compact smart speaker offering from Google, replacing the original Google Home Mini. The speaker can be used like any other speaker to play music, but it also has Google Assistant built in so that you can control it with your voice. Compared to the original Home Mini, the Nest Mini now has 2x stronger bass giving it better overall sound. The voice recognition has also been improved and it is now made out of 100% recycled plastic bottles. It is available in 4 colours, Chalk, Sky, Coral and the one I went for, Charcoal.

It is available from £49 in the UK, but can be purchased as part of a pack with other devices to use in other rooms around your house.

First of all you will need the Google Home App on your smartphone, then plug in the Nest Mini in using the power lead in the box, then open the Google Home app and click the add + icon and setup a new device. It will then find your Nest Mini device, and run through the setup instructions with you on the app, which will include learning your voice and setting a default music platform, like Spotify for example. Once you’ve followed all the steps on the app you’re ready to go. 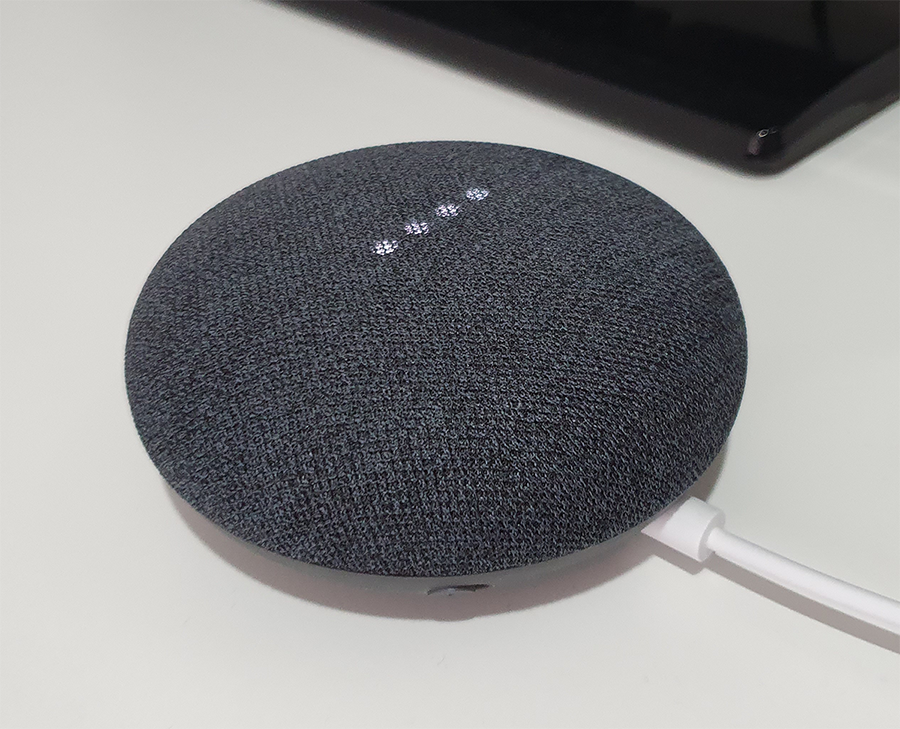 Obviously the main feature which makes this a smart speaker is that it has Google Assistant built in to it. So you can ask questions like “Ok Google, play Bohemian Rhapsody” or if you can’t remember the name of a song, just say “Ok Google, play the song that goes…” and start singing a line of it, and it will find the right song. You can also use it to control other smart devices in your home like lights, and you can set up routines. For example, within the Google Home app you can set up a routine for if you say “Hey Google, good morning” and it could turn on the lights, open the blinds, read your calendar events for that day, tell you the weather and finish by playing the news, radio or music. If you would like to know more about the Google Assistant check out our other review here. As well as this, Google Assistant also has some additional features built in specific to the home devices. You can ask it to set alarms and music alarms to play a certain radio channel, or specific song or playlist from your specified service.

Another handy feature is Message broadcast. This only works if you have other Google Home speakers, but you could broadcast a message to all the other speakers in the house to say “dinner’s ready”. You can broadcast to all devices, or just a specific device. Also if you have more than one Home speaker in the same room you can link them together to create surround sound, although I only bought the one Nest Mini so don’t know how well this feature works.

What do we think? 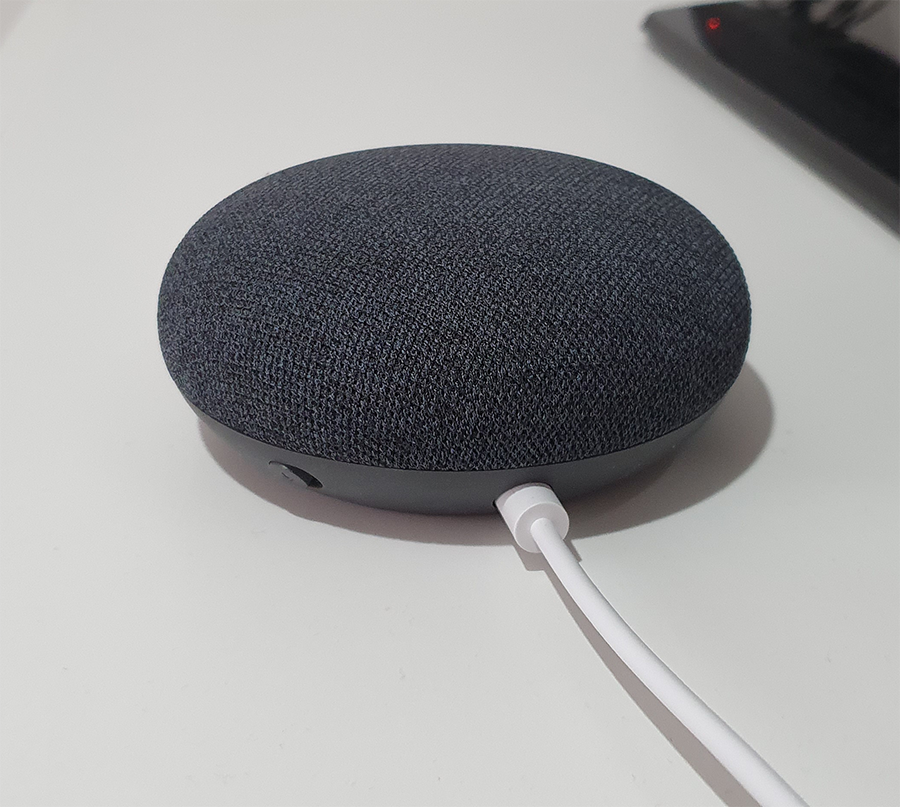 I’ve found the sound quality to be really good for a small device and the volume does turn up really high, but I usually have it at around 40% and that is plenty enough to fill a medium sized room with music. It is good, but if you are a music snob then the bigger Nest Audio, or Google Home Max will be better for you. It feels really well built and high quality, despite being made of recycled bottles. Out of all the voice assistants on offer, I personally find Google’s Assistant to be the best all round, and it very rarely has any difficulty hearing your voice, even when it’s playing music it can still hear instructions, like asking it to pause the music, or turn it down. Google have also considered privacy, so you can mute the microphone with a switch and you can also review and delete any voice recordings which is a nice added touch.

One downside I would say is that it has to be plugged in, so it’s either permanently in one place in the room, or your could unplug it and move to another room. But it would be a lot easier if it was portable and maybe had a wireless charging pad instead of having to be plugged in all of the time. Google do also offer bigger versions, as well as the new range of Nest Hub devices which have a screen built in to watch videos or see instructions for a recipe for example. So there is plenty of choice if you want a smart speaker with the Google Assistant built in.

Overall it is a great device and I would highly recommend it to anyone looking for a speaker with added smart capabilities.