By buzzpoint-admin5 November 2019 No Comments 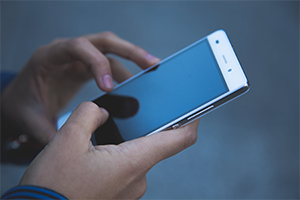 Google Assistant is a virtual assistant which uses AI (Artificial Intelligence) to allow you to communicate with your device by voice, like asking questions, setting reminders and alarms. It was first released on the messaging app Allo and Google Home speaker in May 2016. It was then rolled out to various Google devices like the Pixel smartphone, but was still only available exclusively on Google devices. However it was made available on all Android devices in February 2017 and 3 months later on iOS as an app. Since then it has gone from strength to strength and is integrated with over 10,000 different makes and types of devices. So popular in fact that Google estimate there are nearly 1 BILLION devices in the world using the virtual assistant.

What can it do?

Does it actually work?

I have been using Google Assistant since it first launched on Android and at first it was a bit of a novelty. However, as it has evolved over the years it has become better at understanding your voice to the point that it rarely misunderstands what you are asking. It’s also very good at recognising your voice and even in loud environments with lots of background noise it still understands exactly what you are saying. As it uses Google’s vast array of learning and data that currently gives it the upper hand on Alexa (Amazon) and Siri (Apple). I would go as far as saying it completely transforms your experience using a smartphone or smart speaker, it is just really intuitive and easy to use.

What will it be like in the future; could we have it built in to our bodies so you could ask the Google Assistant through thought? One thing we do know is it can be integrated within many devices which companies like Bose have already done with sunglasses and earphones.

Overall the Google Assistant is a really useful piece of tech and it’s only going to get better as their data and knowledge about the world improves. It’s going to be very exciting to see what Google do with Assistant in the coming years, we can’t wait.