By buzzpoint-admin10 September 2019 No Comments 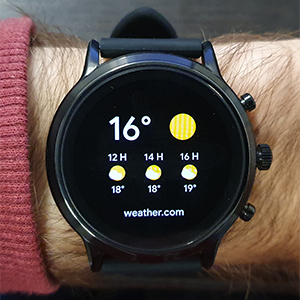 Smartwatches haven’t really taken off as much as I think companies expected them to, mainly due to the limited range available and also Google’s Wear OS (formerly know as Android Wear) hasn’t been the most reliable platform and has been known to be buggy. However in 2015 Apple launched their own smartwatch and this has been doing fairly well, but this left Google on the back foot. However, this is all beginning to change as more manufacturers bring out newer smartwatches based on the Wear OS platform and Google have also updated the operating system vastly to help improve known issues. I previously bought the Motorola smartwatch when it was first released in 2014 which at the time I thought worked well, until it started running slowly, the battery would last around 2 hours and eventually it gave up and just wouldn’t turn on. That was all in the space of a week so there was definitely something not quite right with the operating system at the time. I still liked the idea of a smartwatch and think they are a really handy gadget to have, so last month after hearing that Google had improved Wear OS I bought myself the new Fossil Gen 5 Smartwatch. But is it any better and can it finally improve the reputation of Wear OS?

Overall I have been really impressed with the new Fossil Gen 5 and do personally think it is a turning point for Google’s Wear OS platform. I would highly recommend it to anyone looking for a smartwatch.