By buzzpoint-admin6 June 2018 No Comments

Facebook is a social network founded on 4th February 2004 by Mark Zuckerberg with his roommate and fellow Harvard student Eduardo Saverin. The website was first launched as a membership only service limited to other Harvard students. It’s success grew and was expanded to other colleges in Boston and gradually most universities in the US and Canada. Then corporations like Apple and Microsoft, as well as universities in the UK and rest of the world were granted access to create social media profiles on Facebook. Finally on 26th September 2006 it was expanded to allow anyone to sign up as long as they have a valid email address and are 13 years old or over. In 2007 they started allowing companies to create a Facebook page to help attract potential customers and share details about themselves.

The website was so successful and frequently in the headlines that in October 2010 a film called “The Social Network” was released about the founder Mark Zuckerberg and how Facebook became such a hit.

In August 2011 it was developed from being just a website to now being available as an Android and iOS app. This helped it’s success allowing more and more people to access the social network easily through their mobile device.

In 2017 Facebook reached its biggest milestone yet with 2 billion user logins in 1 month, cementing it as the most used and popular social media platform ever. Since then the login figures have only gone up, so expect to see it reaching 3 billion monthly logins in no time at all. 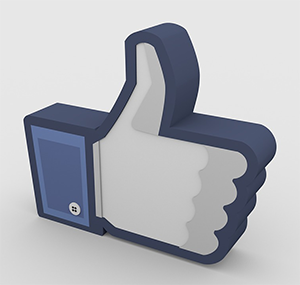 The main ethos of Facebook is to create a social media profile, where you can share your interests, post things about what you are doing and interact with friends. Each profile has the feature to upload a profile photo and cover photo, so that no 2 profiles are the same. The feature to post on Facebook has expanded over the years, so as well as just writing you can also post photos, videos, check in to a location, share how you are feeling and more. Once you post to Facebook it shows on your timeline, which is a chronological list of all posts, as well as showing on the news feed of your friends. Each post has 3 features (depending on your accounts privacy settings) allowing people to like it, make a comment on it, and share to their timeline. Recently the like feature was expanded to allow you to express more emotions on someones post. So as well as Like you can also Love, Haha, Wow, Sad and Angry a post. This is all great but would be a bit useless if you couldn’t share this all with friends. That’s where the friend request section comes in. All you have to do is search to find one of your friends then send them a friend request. If they accept it you are now ‘Friends’ and can interact with each other and see each others posts on your news feeds. There is also a follow feature, so if you want to remain friends with someone but don’t necessarily want to see their posts you can un-follow them. That’s pretty much the main basics of Facebook. Read on below where we explain how the business pages side of the social network works.

Brands and businesses can also create Facebook pages. These are slightly different to personal profiles in the fact that pages can only be liked, not sent friend requests. However, the basics like page photo and cover photo remain, as well as posting to Facebook. The posts a business page makes will show on their timeline as well as the news feed of personal profiles that like their page. There is also a separate page to just look at posts from pages you follow rather than friends. Business pages are great for companies to increase awareness about themselves and increase their reach to potential customers. They can also pay for advertising to increase this even more.

The Facebook live feature allows you to live stream a video. All you do when creating a post is select live and that will start off a Facebook Live video stream, which will show up on your friends/followers news feeds and allow them to interact with your live video by liking and commenting on it.

Facebook Messenger is a messaging service which allows you to send messages to your friends and companies. It was built in to the Facebook website and app but in August 2011 was released as a seperate app. As well as being able to send messages you can send photos, videos, locations and more using the app. It also has a group chat feature where you can set up a group of friends in one chat where everyone will be able to have a conversation. The app also has phone call, and video call functionality.

Hopefully that has helped you understand Facebook a little bit better. Keep a look out for our next blog post coming soon!