By buzzpoint-admin12 December 2017 No Comments

When buying a mobile phone the main choice to make is between an Android device or an iPhone. The battle between iPhone and Android has been raging since Android came on the scene in 2008 and both have been competing for the best smartphone ever since. So which one should you be choosing when upgrading your mobile next? Android Inc. was founded in October 2003 by Andy Rubin, Rich Miner, Nick Sears and Chris White. Then in July 2005 Google took over the company for $50 million (although its key employees, including Rubin, Miner and White, joined Google as part of the deal). The first commercially available smartphone running Android was the HTC Dream and launched on 23rd September 2008. Since then Google has released 24 versions of the Android operating system all of which use sweet names, like Kit Kat, Marshmallow, Jelly bean, and continues to make substantial investments to develop, grow, and improve the operating system. 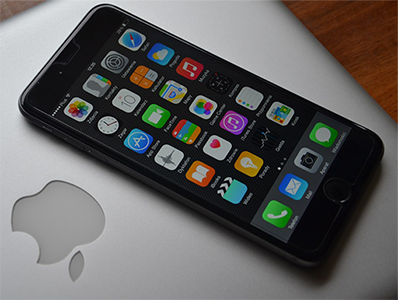 On 9th January 2007 Steve Jobs announced the first iPhone. Then on 11th June 2007 Apple announced that the iPhone would support third-party applications. Third parties would be able to create applications, which users could access via the internet. The first of these, called OneTrip, was an app to keep track of users’ shopping lists. This is what we now know as the App store. Shortly after that the first iPhone was released on 29th June 2007. Since then the launch of iPhones have been largely anticipated with fans queuing outside Apple stores overnight to get their hands on the latest version. iPhone model versions go up in chronological order, from 2 up to the latest X (10), with higher spec S and plus versions in between.

So that’s the positives and negatives of each, but which is best? There are solid facts showing that since 2010 Android smartphones have consistently outsold iPhones and their lead continues to build up year on year. Further to this, comparing the specs of the current flagship mobiles from each, the Google pixel smartphone is far more superior than the latest iPhone X with better features like fast charging, free complimentary unlimited Google drive storage and higher quality camera. In the current situation the clear winner is Android! However, that could all be set to change as iPhone and Android both plot to beat each others latest phones in the future.